Sometimes having a pastel color scheme doesn’t mean you should shy away from bright colors. Here are two weddings that had somewhat subdued color schemes with pops of color. 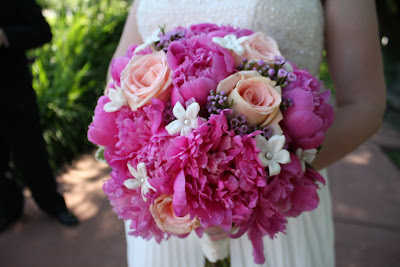 The bride’s bouquet had peach and white accents to her bright pink peonies. Her bridesmaids’ bouquets stayed very subdued in just whites and blush pinks. 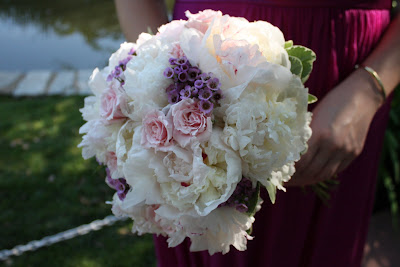 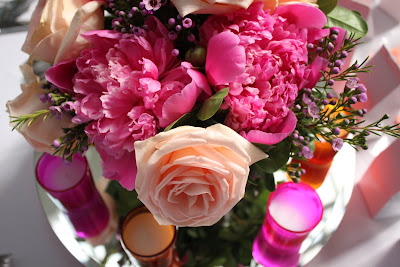 The centerpieces at the Piper Palm House carried through the pastel peaches and pinks with the pops of pink peonies. 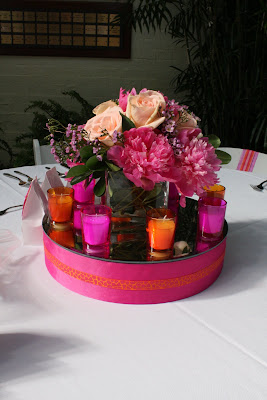 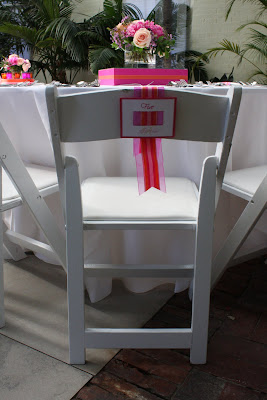 Another bride we had that same weekend also used a pastel color scheme and added in pops of orange. Her bridal bouquet was a very sweet mix of ivories and blush pinks with bright orange ranunculus to accent. 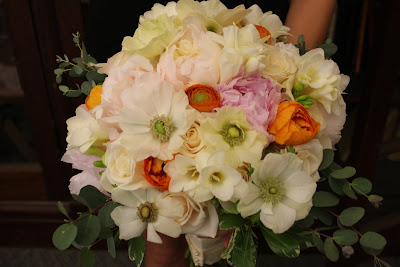 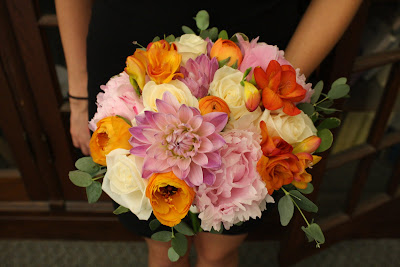 Her bridesmaids carried a slightly brighter version, but still with the ivories and pinks. 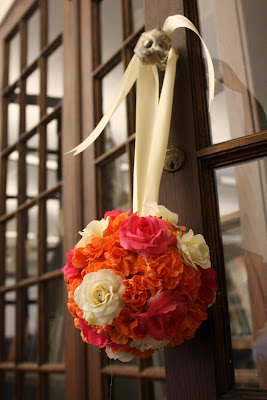 Bright kissing ball for the flowergirl! 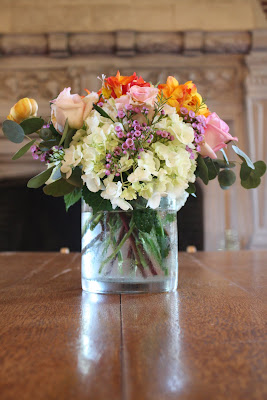 The centerpieces at Eden Seminary also had pops of orange mixed in with gardeny whites and blush pinks. 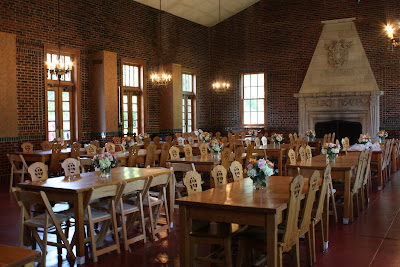 Bright colors can mix well with pastels and add an extra “pop” to your event.
🙂