At the end of February, we were asked by St. Louis Bride Magazine to provide an arrangement in “turn of the century” style for a photo shoot for their upcoming issue. This is how we interpreted our assignment. 🙂 The shoot was held in the Grand Hall at Union Station and the flowers were used later that evening for the St. Louis Bride Magazine awards dinner. 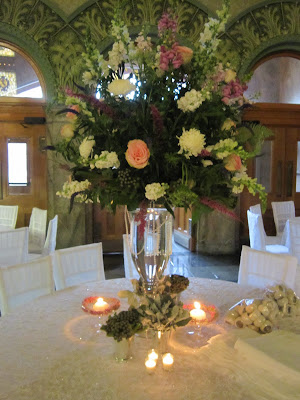 We used a clear glass urn and built the arrangement on top. The flowers were types that would have been found in turn of the century gardens. All of the flowers were textured and loose, yet formal. 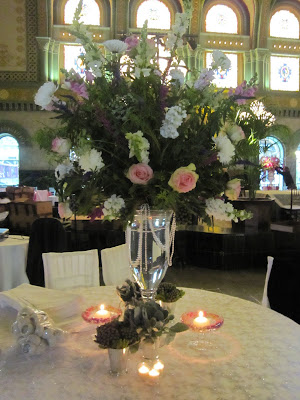 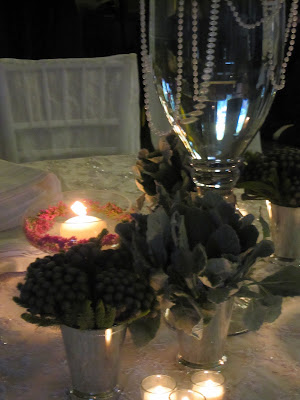 We hung pearl strands from the arrangement for another formal element. The satellites were silver julep cups of lamb’s ear and brunea berry. We also used pedestal bowls with pink heather to support floating candles. 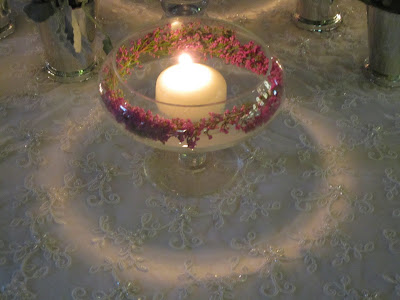 The linens were so ornate and intricate! Small pearl and crystal accents reflected the light of the candles so beautifully!
🙂