About a week ago, we did a bridal bouquet that included fresh and silk lily of the valley. We thought it would be a good follow-up for our last “Do the Math” segment on lily of the valley (affectionately abbreviated as LOV).

This bride agreed on including silk LOV instead of fresh to save on cost. Here are some snapshots of the all white and ivory bouquet with the silk included. 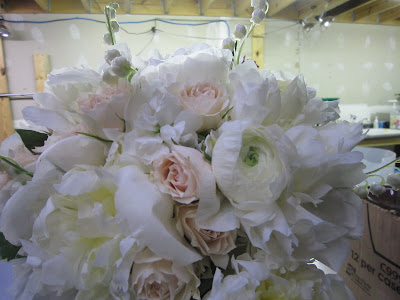 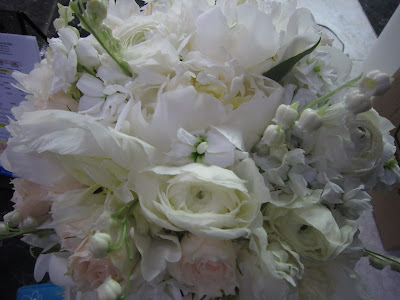 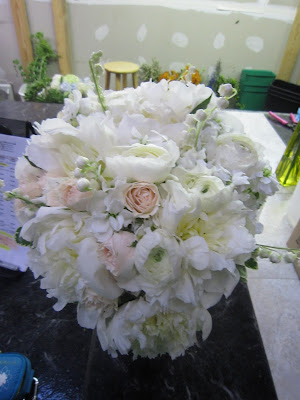 As an added bonus, the bride’s mother, who came from out of town, was able to bring some blooming LOV from her garden. Here is what the delicate blooms look like up close. 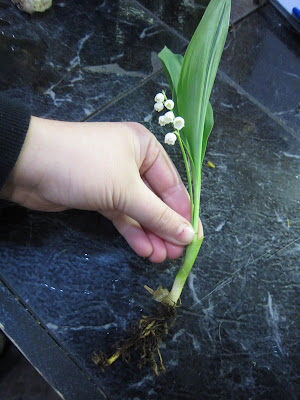 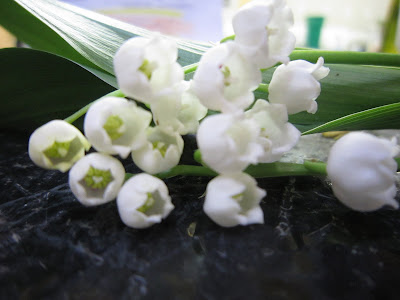 We were able to add the fresh LOV to the silk and here is the result. 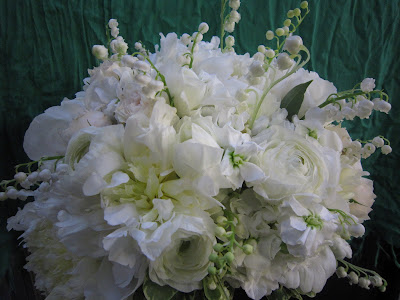 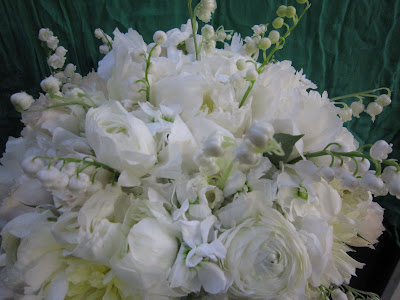 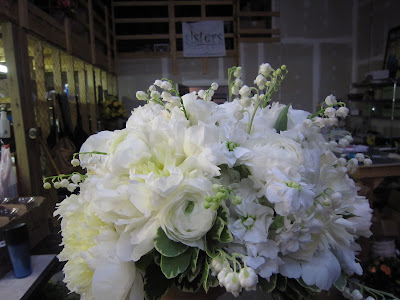 As you can see, it’s hard to distinguish which blooms are fresh and which are silk. Even though we saw the bouquet in person, it’s still difficult for us to pick out which is which. There were approximately 10 silk stems and 10-15 fresh stems of LOV in this bouquet. If the bride had purchased all fresh LOV for this bouquet, it would have added about $200-300–just for the lily of the valley. As an all silk accent the cost would have been drastically less expensive– approximately $30-40 for the LOV. Normally, we would only recommend silks as a last resort for flowers that are out of season, but silk lily of the valley is a viable option for brides who really love it.